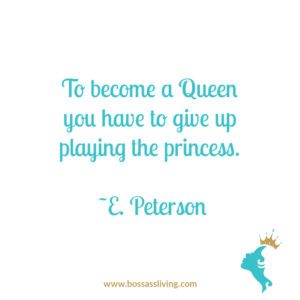 This post is part of a series of posts that define commonly used terms on this site. Since people often use the same words but mean different things which leads to misunderstanding I decided to be explicit and clear about the meaning of certain important words and terms pertaining to this site.

Mmmmm, how I love that word! I didn’t always, or rather I didn’t connect with the word or concept for most of my life since I wasn’t aware of it as an option when I was growing up. Being a  fan of the Psychologist, Carl Jung the concept appeared on my radar through my love of archetypes.

Archetypes are ancient, universal patterns of behavior, embedded in our collective unconscious

I’ve always had a deep love of characters. It’s not unusual for me to finish watching a good series or reading a book only to find myself missing the characters for a while afterwards. This is one of the ways my fascination with archetypes shows up.

Generally speaking archetypes are characters and their associated pattern of behaviour. They show up in our stories, myths, legends, religions and fairy tales.  There’s something instinctual about archetypes, for instance we seem to have a common expectation and understanding of the behaviour expected of a hero, bully, coward, king, villain or warrior.

According to Jung archetypes live in our collective unconscious, a human field we’re all tuning into, which is why they are universally recognised. There are hundreds of archetypes and they are all familiar to us regardless of our culture. Common archetypes include: Orphan, Hero, Caregiver, Explorer, Rebel, Lover and Jester. Each archetype has an associated story or a journey, like Joseph Campbell’s Hero’s Journey.

I love archetypes because they help to make sense of things using information we all have access too, albeit unconsciously. According to Caroline Myss, we each have 12 core archetypes and when I first started to uncover mine, Queen resonated big time. The more I read about it the more I tingled inside – big clue!

I was a Queen who had forgotten who she was. In the story I crafted for myself I was a Queen born in exile. I didn’t know I was a Queen and for my safety my family had kept that information from me. But it was time to return to the palace, to my rightful place…..

There are flavours of archetypes, for instance with the Child archetype flavours include wounded (hurt and neglected), magical (imaginative, optimistic), eternal (Peter Pan type), orphaned (abandoned, alone) and Nature (love of animals). Each archetype also has a light and a shadow side. The Evil Queen or the Queen from Alice in Wonderland is the shadow side of the Queen archetype, someone who is abusing her power. However, even she has a story and behind every dark Queen is unprocessed pain, we see this in films like Maleficent.

Queen made so much sense, I NEVER related to Princess at all growing up even though it felt like the acceptable choice for a young woman, it wasn’t me. I always felt like I had much more in common with the cutting, dark and fiery evil Queen over the sappy Princess always wanting to be rescued! She always had the better outfits too….

What is a Queen?

In archetypal terms, the Queen is one of the highest positions of feminine leadership. She represents power and authority. She owns her power and leads with authenticity for the greater good. Her leadership comes from deep within and her Truth has the authority over her life. She is powerful, conscious and aware of her impact. She is at peace with herself.

You don’t necessarily have to be a woman to run the Queen archetype but the Queen is feminine energetically. Meaning she knows and values the power of feminine leadership traits like empathy, collaboration, inclusivity, diversity, passion, instinct and flexibility amongst other things. She is balanced so also in healthy relationship with her masculine side. She’s able to be decisive, resilient, independent, competitive and aggressive as and when needed.

I know that when some people hear the word Queen, they hear superior, entitled diva. First of all, projection much? Secondly, nothing could be further from the truth. Yes a Queen has standards; she knows her worth and loves herself. However a key part of the Queen archetype is service and she has a realm, a cause or group that she is in service to. She takes that responsibility seriously but it’s not a heavy, dutiful burden. Serving the right realm feels so damn good because it’s what she came here to do, so it feels right and sparks the joy of being on purpose.

There are many flavours of Queen, Cleoptra, Michelle Obama, JK Rowling, Oprah, Beyonce, Jada Pinkett etc. Your expression of Queen may look different to mine, it’s all good. A Queen stands in the authentic expression of her Truth and is unapologetically herself. She knows that the most important thing is being the authority of her own life and if she isn’t she cannot effectively lead her realm.

So I fly the flag for Queens.  I’m deeply passionate about helping Queens connect to and serve their realms and its an inside-out job. More than ever before does the world need this. The much-needed, new paradigm of leadership is one of authentic and conscious leadership. I want women to lead like the Queens they are, bringing the best us us forth to serve the collective during these transitionary times we are living in. More than ever our leadership is required.