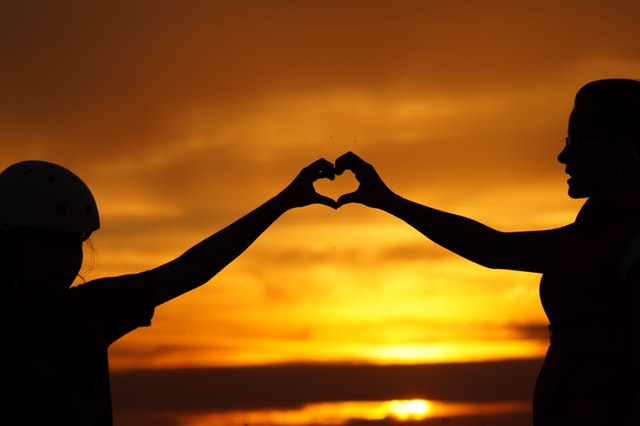 Living a Boss Ass life is a process of reclaiming your power over parts of your life where it may have been given away. Boy oh boy is motherhood one of those areas that comes with heavy and historic common narratives that, surprise surprise, I don’t buy into!

Mother’s Guilt is something I was aware of long before I became a Mother. So, although unpleasant, it was no surprise to me that when I became a Mother there was this relentless niggling feeling that I wasn’t doing a good enough job. That I was letting my son down. I chalked it up to being a normal part of motherhood.

What I wasn’t going to do was be driven by those thoughts. I wasn’t going to run around like a neurotic nutter until I felt I was doing a good enough job, because I strongly suspected I never would. So I got on with it as best I could, crossing my fingers (fab strategy Lo!) and trusting myself that it would work out fine.

My son and I have not long popped out the other side of a challenging few years. We’ve had lots of big changes in our family, lots to navigate individually and collectively. I was seriously feeling like I wasn’t doing a good job and it was getting harder to zone out all the guilt chatter.

I casually mentioned to a friend that I didn’t feel like a particularly good Mother and she asked me why. I explained all the reasons why I felt like a shit Mum and she replied:

“Oh, I get it. You’re not a good Mum because you haven’t given him your kidney yet even though he has 2 perfectly functioning ones!”

I absolutely cracked up laughing. She was bang on! I was measuring myself against a set of standards that weren’t mine. A set of standards that aren’t part of my authentic parenting style but my conditioned one. Like many Mothers of previous generations, my Mum modelled a parenting style that wasn’t for me. One that was about sacrifice, guilt and martyrdom. My Mum doesn’t really know how to enjoy herself, a problem I don’t appear to have!

I recently had a fabulous conversation with my son. One of the challenging things that happened to us last year was losing our dog, Rascal. This deeply affected my son since we had Rascal before he was born. Nearly one year on and he’s still grieving. It’s important to me that I allow his grieving process to be what it is and work on any discomfort I have about that myself.

One day he came to me to share a memory he had about Rascal. I stopped to listen as, with tears in his eyes and a crumbling voice, he told me this story about something Rascal did. It was a lovely memory but the vibe was really sad.

I held his hand and we spoke about how sad he was still feeling. I then started to tap on him (a technique called Emotional Freedom Technique, EFT, that helps emotions to process). He knows what it is, we’ve done it before, but this time he refused it. I said ‘I’m just tapping on you to help the sadness pass’. He looked at me like I was a mad woman and said, ‘but the sadness will pass anyway, I want to let it pass naturally.’

I was absolutely gobsmacked and immediately burst into tears for this inspiring little soul I am so blessed to have as a son.

He trusted his emotions would pass naturally and was fine to feel them. He wasn’t scared of his sadness - the wisdom of children when we don’t get in the way of their natural processes! I was so proud, and in that moment I thought, ‘maybe I’m doing a better job than I thought.’ Well of course I am, because my thinking is lying to me.

My standards for authentic parenting include good emotional regulation and healthy emotional management. Your ability to master (not control or suppress) your emotions, have them work for you and not against you, is a big part of life fulfilment and mastery. I get paid good money to help people with this and I’ll be damned if I contribute to another emotionally stunted man being put out into the world. Not on my bloody watch!

There’s so much messaging we internalise about parenting. As well as the internalisation of the parenting we received.

But what kind of parent do you really want to be?

You get to choose. You don’t have to be swept away by passively accepting all the old narratives, no matter how common they appear to be.

If you want to find your authentic way as a parent or in other areas of your life, book a consultation with me and let’s see how I could help.