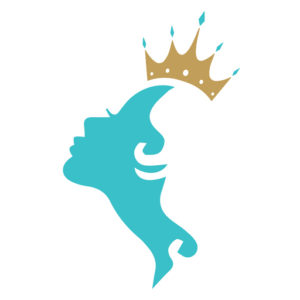 This post is part of a series of posts that define terms commonly used terms at Boss Ass Living. Since people often use the same words but mean different things leading to misunderstandings,  I decided to be explicit and clear about the meaning of certain words and terms related to this site.

Words are funny aren’t they?

As a self-confessed chatterbox, I have mad love for words. Also as someone who knows that the energy behind the words matters as much, if not more, than the actual words themselves, I get that words can also get in the way, create disagreements and misunderstandings.

I can’t even tell you how many times I’ve seen people arguing with each other about the same subject when it’s clear they are working with different personal definitions based on their personal stuff. Both are using the same word, for instance love, but it means different things to each of them and without this agreed definition the conversation goes nowhere.

So let’s be clear from the outset. You’ve no doubt got your own ideas based on your own experiences of what it means to live a Boss Ass life but I’m going to tell you what I mean by Boss Ass Living.

Boss Ass Living means to live a life where YOU are the authority of your life – not your parents, society, the rules that bind you to your gender, nationality, sexual orientation, race etc. Now I’m not saying that these things do not influence your life, of course they do, but are they the most powerful part of you? I don’t think so. So they shouldn’t be running the show. And by YOU I mean the core truth of who you are, the YOU behind the labels, the most powerful part of YOU.

What it means
A couple of years ago I was feeling the inner rumblings that a new business wanted to be born through me. I’d spent the last 11 years as a coach, the last 6 pioneering coaching in prisons in London and the South East of England and heck of a lot of time, energy and money on my own development. Across all settings I saw the same thing over and over again, but I couldn’t quite name it.

Eventually I found a name for it – authority.

Regardless of the demographic what people seemed to have in common was that they were more unhappy, unfulfilled and dissatisfied when they were living someone else’s life. They often didn’t know they were even doing this as we’re kinda encouraged to and since everyone else is doing it, it feels normal.

People were getting stuck in the ‘comfort’ of the familiarity of their lives. They wanted more and even if they did know how to get it, something was keeping them stuck. When you peeled it right back someone or something other than them held the main authority in their life and what they really wanted would only came when they were front and centre of their own life.

Once they were aware of this they could start to uncover and connect with who they really were. Life got better and started to feel, and go, right. They still had challenges and setbacks because that’s life right, but they were also able to access higher levels of joy and peace than they did before. In a nutshell their lives became more fulfilling and purposeful. They knew who they were and were living more consciously and less accidentally.

Something or someone always holds the authority over your life. It takes some digging to figure out who or what, and then more digging to uncover your Truth buried underneath the layers before you can live from there. But I believe that until the core Truth of who you are  holds the main authority in your life, all the good stuff like fulfilment, joy and peace of mind will elude you.

Where did the phrase come from?
OK so now what to call this business….. I was playing around with the word boss – to be in charge, I wanted to help people be the boss of their own life.

I remembered that my dear friend and hermana salsa Dernel liked to refer to me as her Boss Ass friend. Every time she’d text me this I lit up inside. Being called Boss Ass worked for me – I liked the word boss, it was a bit slangy, perfect for an urban London gal like me innit 😉, and most importantly, it lit me up. That shit really matters to me, I live my life by following what lights me up; it’s worked very well so far.

Boss Ass doesn’t mean being bossy (although I’m quite good at that), balling like P Diddy (or whatever his name is now) unless of course that is your Truth, it simply means that the core Truth of you is the authority of your life and you live life from that sweet spot. You parent, express, eat, move, work, play, speak and more from your core Truth. Living your Truth is your compass, your north star and at the heart of your vision for your life. All else comes from this.

Who knows where living this way will take you! All I know is it feels damn good even when it’s hard. Ironically, as I continue to be led by the core Truth of who I am and live an increasingly Boss Ass life my goals have actually shrunk!

I’m your typical Capricorn, if you ask anyone that knows me to describe me it won’t be long before they mention something like driven, ambitious etc. However when I wasn’t the authority of my life my ambition was infused with an heavy dose of insecurity and fuelled by a deep-seated feeling of inadequacy as I hustled to prove my worth.

As I reclaimed my authority, I reclaimed MY ambition. It looked smaller than I was used to – that definitely took some getting used to! However, it feels much more peaceful and fulfilling now, two of the hallmarks of living a Boss Ass Life. I also have a deep knowing that I’ll probably achieve more this way….

Living a Boss Ass Life can be anything from living it up on yachts in St. Tropez to living in a cottage in the Outer Hebrides to simply having a joyful marriage, happy kids and fulfilling work. It’s unique to you since it’s based on YOUR core Truth.