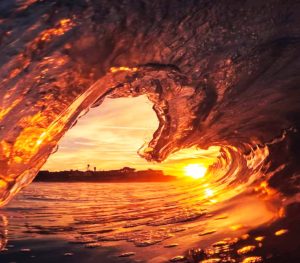 Can I be honest about something? I don’t really get forgiveness. Don’t get me wrong I don’t walk around with loads of grudges, quite the opposite actually. I’m a fairly happy-go-lucky, thick-skinned kinda gal but I don’t fully get it. I mean beyond the intellectual understanding of it. I think the word is quite loaded word for me.

Forgiveness is one of those things you’re supposed to do right. There are so many lovely quotes about forgiveness being for you and not the other person, we all know them right? All I hear is ‘blah blah blah bullshit.’

One of the issues is that I see a lot of people who talk about forgiving but are actually doing something else. Just because you use the word, it doesn’t mean that’s what you’re doing – I call bullshit!

For instance, I see people doing the following under the guise of forgiveness:

The dictionary defines it as

“To stop feeling angry or resentful towards (someone) for an offence, flaw, or mistake.”

For sure there’s a value in real forgiveness but faux forgiveness, nah I’m not here for that. You’re better off being real about the fact that you’re pissed about a situation instead of pretending to be cool about it. You’re not fooling anyone. The problem for me lies in how you stop feeling angry or resentful towards someone. Do you stop because it’s nicely hidden beneath that addiction of yours or have you reached a real resolution?

I reckon forgiveness is a process. I’m highly suspicious of the forgiveness massive that forgive all wrongdoing towards them in an instant. Of course there’s a place for forgiveness but it’s a process and not something that has to happen immediately necessarily. This process tends to involve passing through the less desirable emotions of hate and anger as well as the more complex ones like guilt and shame. Sometimes, forgiveness as it’s talked about feels like a plaster to slap on to keep things simple, a moral obligation that doesn’t address any of the underlying issues which then just leak out into other areas of your life.

What if it’s not necessary?

Forgiveness in it’s most basic sense requires judgement. You have to judge what someone has done as wrong to you before you can take the next step off jumping off your high horse to forgive them. However, what if you don’t judge them as wrong? What if it’s not about right and wrong per se,but about what’s OK and not OK with you? It is possible to disagree with someone’s actions, opinions and behaviour and not judge them as wrong so much that you need to forgive them, and still happily move on with your life. How about if you understand them or even, get that there is something you don’t understand about them that leads them to do what they do or did? Is there any need to forgive them if you have compassion?

I also feel like there’s something really weird, entitled and superior about us forgiving another person. I’ll apologise as much as the next person if I’ve done something wrong but don’t you dare turn around and tell me you forgive me, it just doesn’t work for me. I don’t even need you to accept my apology, although that can be nice, I’m still sorry anyway. It’s not on me how it lands with you I’m afraid….

There are people that are no longer in my life because of things they did. I 100% do not condone their behaviour AND they’re no longer welcome in my life, even if they are family. Do I forgive them? This is where it gets tricky. I see them, I accept the situation, I even understand why they did what they did as far as I can. I don’t like them and I’m good with where we are with each other. It honestly doesn’t feel like this is about forgiveness right now. What it’s about is being true to myself and doing what I know needs to be done regardless of how it looks to others. I thoroughly enjoy the absence of them in my life and that’s where my focus is – on me not them. Are they weighing me down, not anymore. Do I feel compassion for them? Yes, maybe I would do what they did if I was them. But I’m not and this is what I do, cut them out as that is what’s best for me. What I don’t do is declare faux forgiveness and continue the old bullshit relationship even though it in some ways it’s the easiest thing to do.

I’m all about people coming into their authentic power. Forgiveness can play a part as the baggage you could be carrying around from holding onto old hurts and resentments can create huge barriers to this. I’m all for letting go of the old baggage and sometimes forgiveness of a person or situation is what is required, but sometimes it’s not. I’m here right now for the people beating themselves up for not forgiving someone when maybe you don’t need to right now or maybe ever.   Don’t rush the process, faux forgiveness is not a good look! Feel your feelings and keep it moving.

To be clear, I’m not advocating for people to stay stuck in hate, anger or other draining emotions. I just believe that this thing called forgiveness will naturally happen so just get out of the way and let it. I also believe that as much as forgiveness is defined as stopping feeling angry and resentful inside, I’m more bothered about what’s being felt instead. I’m all for feeling acceptance and at peace with people or situations whatever form that takes.